Scott is a competitive cyclist who races at the professional level in multiple disciplines, including road, criterium, mountain, track and cyclo-cross. He plans to race about 40 races in 2013. Outside of cycling, Scott works as a certified public accountant for local firm BGBC Partners. Scott lives in South Broad Ripple.

Erin is a yogi who also does pilates reformers religiously and appreciates the challenges of bar effect classes.  She enjoys running, cycling, and participating in any type of athletic activity that allows her to be outdoors.  When she is not at the studio,  you can usually find Erin on the IUPUI campus where she works as a section administrator for IU School of Medicine while wrapping up her Master of Public Affairs with a concentration in Nonprofit Management.  She recently purchased her first home in Fountain Square.

Laura has been teaching yoga since 2007 and has been teaching at Invoke since 2008. She was trained in Ashtanga and vinyasa yoga at It’s Yoga in Cincinnati.  She enjoys teaching yin yoga and a variety of levels of vinyasa.  Outside of yoga, she teaches Spanish at Franklin College part-time.  She loves the language and enjoys traveling to use it!  Laura resides in Fall Creek Place.

Kye is passionate about yoga and is a certified instructor (RYT-200). She also enjoys anything that gets her outside, including running, golf, and riding her vintage cruiser bicycle around Indianapolis. Kye is passionate about education (and her undergraduate alma mater!) and serves as Director of Special Projects for Admission at DePauw University. She lives in Nora with her husband Ryan and rambunctious black lab, Rudy. 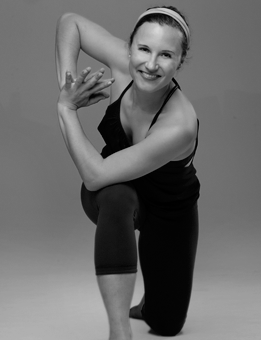 Francesca is an avid practitioner of yoga and certified yoga instructor who teaches at Invoke Studio. She’s also a distance runner and has completed several half and full marathons in places ranging from Long Island, N.Y. to Las Vegas. Outside of running, practicing yoga and blogging, Francesca is busy leading communications and policy efforts for The Mind Trust, an Indianapolis-focused education reform nonprofit. She lives in Downtown Indianapolis. 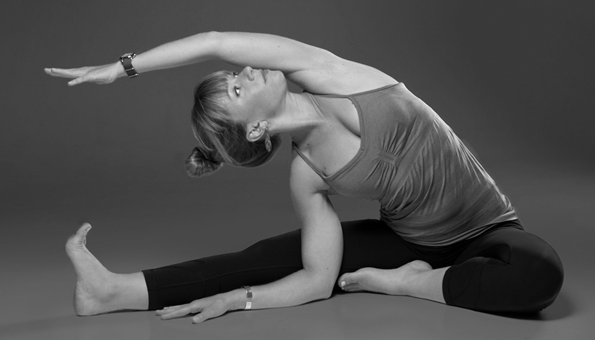 Erin’s love of dance was what first drew her to the lines of energy and fluid movement of yoga. In college she retreated to her mat as a way to manage stress and get the creative juices flowing, and she became more immersed in yoga during the time she spent living in California. Erin completed her training under the guidance of Carmen Fitzgibbon of YogaWorks and is 200 hr RTY certified.  Erin truly believes that yoga has the power to change lives. Her vinyasa teaching is a lighthearted blend of strength, breath, music, affirmation and flow. She hopes that students leave practice more aware of their own awesomeness, with the freedom to think, act, move and love with more authenticity. 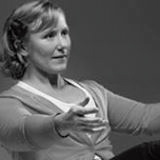 Glenna Nall is a yoga (RYT-200) and comprehensively certified Pilates instructor who coordinates Invoke’s Pilates program. She also coaches swimming and is an avid runner and swimmer.  She lives in Downtown Indianapolis with her husband, Alex.

Maria a health and fitness entrepreneur in Indianapolis who teaches group exercise classes such as cycling, turbo kick, insanity, and hip-hop. She also coaches clients through one-on-one accountability programs and helps men and women reach their fitness goals through monthly online challenge groups. Maria also pursues her passion for advertising and marketing as an e-commerce consultant at the ever-growing online company, Angie’s List. 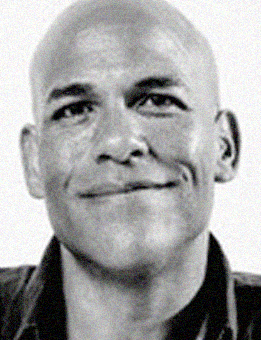 Robert is a staff photographer and part-time wine writer at The Indianapolis Star. He’s been some form of vegetarian or vegan for 25 years, and a fitness cyclist for 30. A late convert to running, he’s got two marathons and three half marathons under his belt, with plans to do a fourth this fall. One of his life goals is to hike the Pacific Crest Trail, which links Mexico to Canada through the Pacific states of the U.S.

Nicole is a native Texan who moved to Indianapolis in the spring of 2006. Within her first month of being in Indy she was embraced by the Invoke family and has been a devoted student and teacher ever since. Nicole works full time as the HR Administrator at The Children’s Museum of Indianapolis and strives to maintain a work-life balance through running and regular yoga and Pilates classes.